Like every other facet of audiovisual technology—and our world, at large—the state of digital signage is radically different than it was a year ago. The steady growth of capabilities and evolution of trends that defined the category for the past decade have taken an abrupt turn as our ways of life shifted dramatically.

As the pandemic altered our fundamental needs, AV engineers were swift to respond, resulting in a wave of innovation that has helped us continue on our lives as best as possible. While some subsets of digitals signage in verticals like entertainment have diminished in prominence, others such as digital out-of-home advertising and all-in-one kiosks have taken on vital new roles that few could have foreseen this time last year. 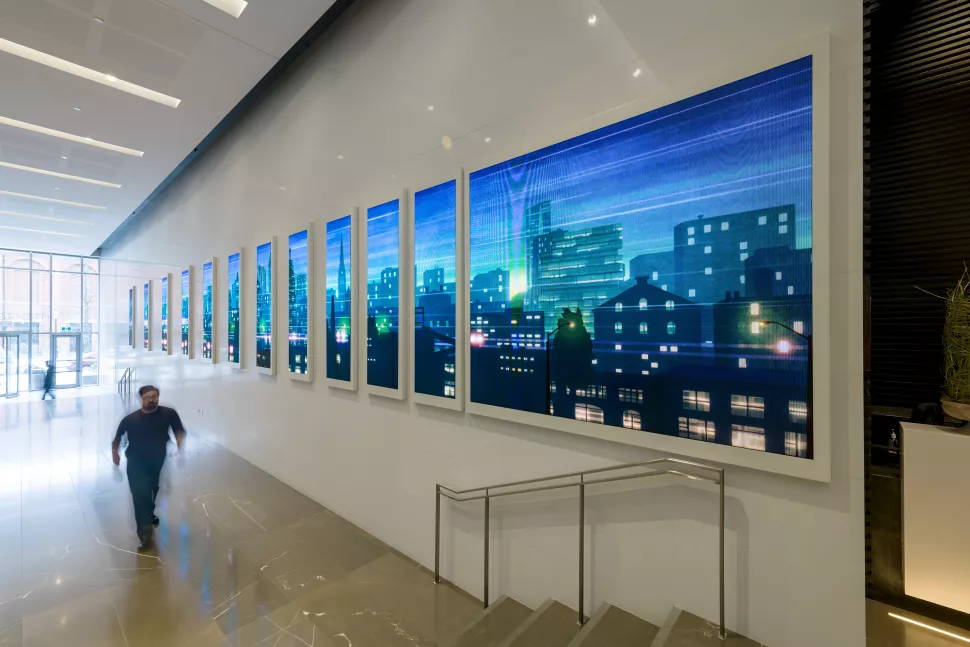 WHAT IS A CONFERENCE ROOM LAYOUT?

Perhaps the most salient way that digital signage has risen to the occasion of the global health crises is through check-in kiosks. Last year, the public would have rarely encountered such a device; now, they’re a common sight at places of business, providing reassurance that occupancy is at a safe level and that no one is running a high fever.

While the general concept has certainly existed for some time, AV manufacturers have adapted check-in tablets and kiosks to include temperature-sensing technology, with Aurora Multimedia, Chief, and Peerless-AV having produced successful examples. Some of these can check whether a person is wearing a mask, and with gesture-based control and functionality like QR code scanning, it isn’t even necessary to touch the display. And, these screens can also be harnessed to display promotional information when not in use.

“Having these solutions beyond the pandemic will allow for easier control should there be various other health concerns—be that something as simple as a flu outbreak, or any other public health crisis that may come our way,” said Robert Meiner, business unit manager and project manager at Peerless-AV.

One particularly noteworthy subset of digital signage that has been on an upswing over the past several years is out-of-home, or OOH. At first consideration, one might believe that this field would have suffered due to people’s desire to remain indoors throughout the pandemic. But, according to Stephanie Gutnik, Outfront’s vice president of digital strategy and programmatic sales, this hasn’t been the case.

“Despite the waves of stay-at-home advisories, people still needed to get out, whether it was due to working in an essential service or running necessary errands,” Gutnik said. “As such, exposure to out-of-home advertising remained part of daily life and roadside billboard viewership has returned to pre-pandemic levels.”

Gutnik highlighted the category’s value in delivering public service announcements at scale. “The target audience when it comes to mask awareness, for example, is everyone,” she said. “OOH proved to be a tried-and-true method of reaching as many people as possible with quick and meaningful creative.”

A recent campaign by Twitter showcased tweets bidding farewell to 2020 in a creative application of OOH messaging. (Image credit: Twitter)

She also pointed to a recent OOH campaign by Twitter that showcased tweets about the tribulations of the past year on LED boards in New York, Los Angeles, Philadelphia, San Francisco, and Oakland, illustrating a creative bridge between the digital and physical worlds. “Twitter’s recent activation bidding farewell to 2020 with user-generated content demonstrates just how timely, relevant, and relatable OOH campaigns can be,” she said.

Speaking of creativity, content creation specialists have been addressing the pandemic’s restrictions with equal agility. Socialure had carved out a specialty providing content for applications like interactive brand activations and narrow-casting systems for nightlife and casino environments. When it became clear that we wouldn’t be returning to these places in the near future, the company adapted as many others have: by working to enhance the virtual experience.

“As everything is going virtual, content is now more important than ever,” said Emile Van De Coevering, Socialure’s creative director. “Our roles haven't changed, but the pressure knob to create original new experiences has been turned to 11.” As an example, his company recently provided a design for a reality television show in which a large LED display was used for a six-way videoconference to connect isolated contestants with their families.

Perhaps the most prominent instance of this melding of digital and physical spheres was the NBA’s use of LED displays to simulate the presence of courtside spectators during the 2020 Playoffs this past summer. The video walls were populated with live streams of fans via Microsoft Teams, providing a more dynamic and tech-forward means to filling empty stadiums than the more widespread use of cardboard cutouts. Such an approach figures to remain prevalent going forward, possibly in interesting new ways once we are able again to gather in venues at full capacity.

While use cases have shifted, the development of display technologies has remained steady over the past year. While narrow-bezel LCD panels are still the most economical video wall solution in terms of upfront investment, there’s no ignoring the steady ascent of direct-view LED, which unlocks countless new possibilities in terms of artistic design. With its modular nature, these displays can be arranged in creative ways beyond the constraints of the 16:9 frame, and even the two-dimensional plane. With the ability to conform to curving surfaces, the brightness to overcome direct sunlight, and the modularity to scale with practically no limit, the future of creative digital signage will undoubtedly be paved with LED.

“Direct-view LED technology has quickly gained popularity in the industry, and as a result, we’ve seen more products emerge that are not only more affordable, but also more durable and efficient,” said Steve Seminario, vice president of product development at Planar. “Direct-view LED remains one of the most sought-after technologies today because it delivers seamless and vivid images and is scalable to any size or shape. In addition, narrowing pixel pitches continue to unlock new applications in a wide range of environments and create one-of-a-kind visual experiences for users.”

As costs continue to fall, expect to see more and more of the world covered in LED over the coming years. 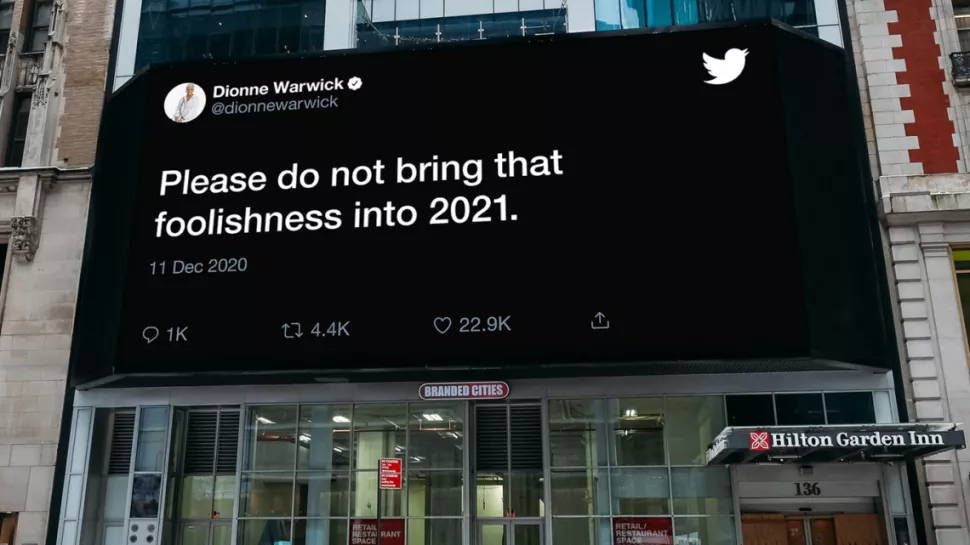 If there is an upside to the upheaval the pandemic has wrought, chief among them for technologists is the dramatic acceleration of our shift to digital-first behavior. “Habits that should have taken a decade to acquire have now become our new normal,” said Creative Realities’ Warren. “Or, as I recently heard it put, another normal, to not suggest a total break from the past has occurred.”

These new behavioral patterns spell opportunity for those with an eagerness to innovate. “The fusion of on- and offline, the fluidity of shopping across environments and platforms, as well as digital-first brands dominating the landscape are trends that have only accelerated and are here to stay, inspiring our options, our shopping carts, our pantries, and closets in new and innovative ways,” Warren continued.

In order for people to once again feel drawn to physical environments—especially in retail—these places need to adopt more of the personalization that makes online shopping convenient. “The best news for digital integration in environments is the ability to add triggers depending on business rules, and AI that can sense who is front of the screen and present personalized merchandising and content that is contextual, meaningful, and will inspire behavior in the here and now,” Warren said.

From the harnessing of large-format display technology to expand the constraints of the virtual world to which we’re currently limited, to the proliferation of signage systems that dutifully safeguard our wellbeing and relay critical announcements, 2020 witnessed digital signage take on a variety of unforeseen roles. As we stride onward and gradually shed the impositions of the pandemic, our reliance on these visual tools will likely only grow, enhancing our lives in unexpected, exciting ways.