KPMG's six-square-meter digital art canvas has been built with Planar TVF Led screens, in a configuration of 37×10 and a pixel pitch of 2.5 mm (TVF2.5). 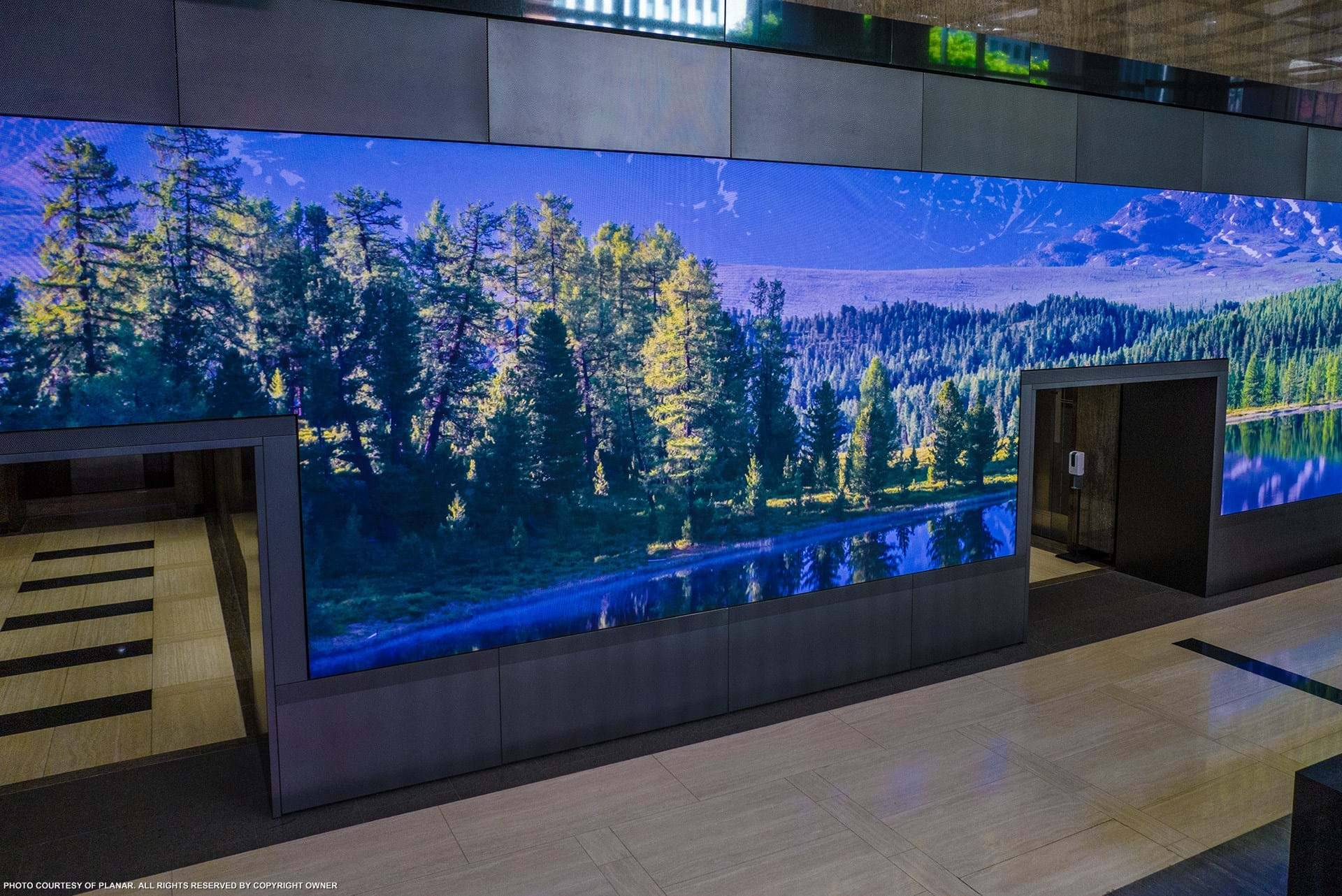 The lobby of the renovated KPMG center in Los Angeles features a spectacular video wall, designed with 370 Planar TVF screens, which cover the entire front of the wall.

Located in the central business district in the heart of Los Angeles is the KPMG Center, a 28-story Leed-Platinum certified building that includes more than 182,880 square meters of office space. 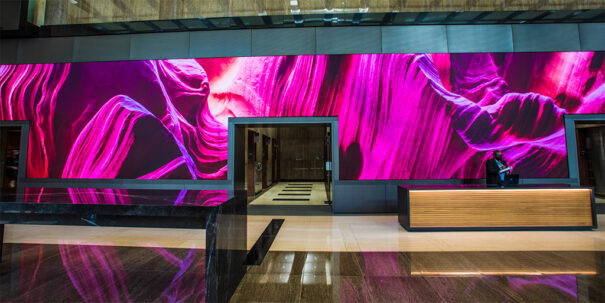 The updated lobby features several design improvements, such as a new coffee kiosk, elegant waiting areas, and a new interior 'landscaping'. The large centerpiece is a huge digital art canvas that covers one of the walls. The installation, which measures almost 2 meters wide by 3 meters high, is a Led Planar TVF videowall, which presents a pixel pitch of 2.5 mm (TVF2.5) in a configuration of 37×10.

The agency Grandview Digital has designed the Led videowall and is responsible for the management, creation and conservation of the contents. To assist in the project, it has partnered with MediaCentric for installation, commissioning and programming.

"Over the course of two years, we worked closely with Gensler and the owners on the concept and design and developed several versions. In the end, we decided on a giant panoramic canvas," explains James Ravenel, founder of Grandview.

The biggest challenge of the project was to install the large format Led screen through an irregular wall surface, marked by the three openings of the elevator lobby.

"Most video walls are built from the bottom up, but in this case, we had to take a custom approach to deal with the three corridors of the elevators. We had to build up, above and below each gap, and then level each row through the gaps," said David Lopez, president and CEO of MediaCentric.

The content of the large Led videowall of the Planar TVF series has been selected and includes a combination of thematic scenarios and personalized digital works of art. "This is a beautiful and impressive lobby, and the intention of the Led canvas is to create an enveloping and relaxing atmosphere, a place that attracts people to come and relax," Ravenel said.

According to Ravenel, the thematic images created for the video wall combine static and video content that moves dynamically through different backdrops, changing intermittently throughout the day to different landscapes that can include beach, forest, mountain and urban scenes.

To obtain artistic content, local artists are hired to create digital murals specifically adapted to the Led videowall. "We will add to the murals an animation with after-effects to give them movement," says Ravenel. "Integrating animation into a digital landscape is something that can only be done with LED. It's a very interesting way to embrace digital art in a physical environment."

To keep the content fresh, Grandview makes bi-monthly updates, bringing in new scenes from new playlists and showcasing the work of different artists. "The most interesting thing is that the video wall is not used to promote a brand or sell a product," adds Ravenel. "It's more about using technology to create something meaningful." 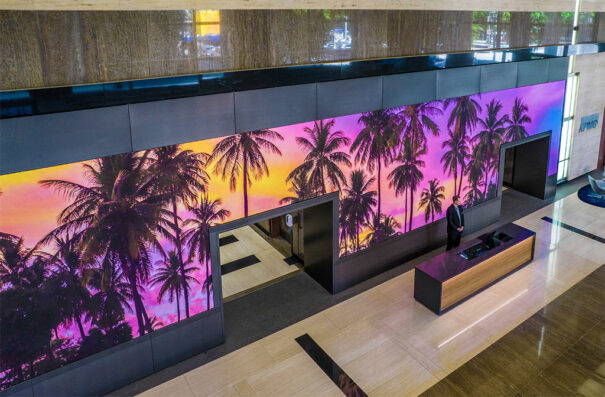 The TVF series of Planar is a family of thin pixel pitch Led videowall screens that offers visual excellence for each application.

With a cable-free and stackable design, these video walls are assembled with a one-step process to connect the integrated power and signal connectors from cabinet to cabinet, reducing installation complexity and vertical alignment.

Thanks to its front service capacity and its slim profile of less than three inches, the Planar TVF series reduces the total space of the videowall and the necessary service space behind the wall, making it easier to fit into more spaces compared to other solutions.